Hubble Space Telescope, which has spread many secrets of universe 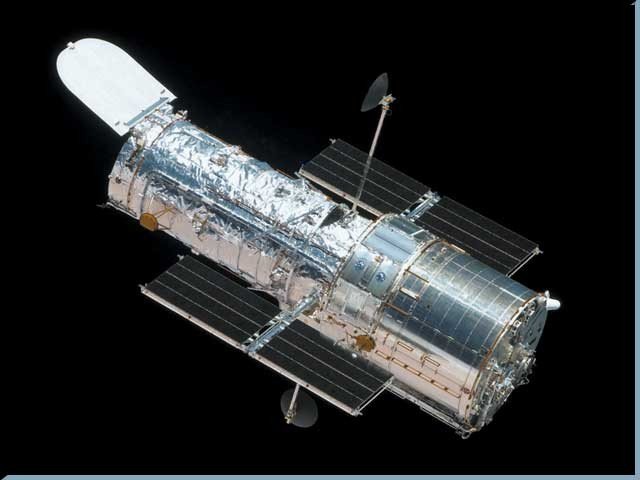 The hubble is a space telescope, sent by NASA in space to America’s Space Agency in 1990.

Minister of Science and Technology Fadad Chaudhary is criticized again on social media.

He was giving a position of lunar calendars on a moon-channel dispute in a local channel program. In which he said that there are various ways to see the moon, there is a technology of hundred years old telescope installed on one ground and one way is ‘hub’ telescope, but with this he also said that the Hubble Telecom should be Pakistan Space agency Sparko sent into space that is not correct. When the clip scene came to normal, discussion on social media broke out and started tracking the hubble.

What is the Hubble Telescope?

The hubble is a space telescope, sent by NASA in space to America’s Space Agency in 1990. This was a major breakthrough in this time, for the first time a telescope was sent to space. This space telescope travels to the ground of the Earth and it also has a digital camera that has been sending pictures of space for the past several years. According to NASA, Hubble is as large as a schoolgirl and weighs two adult elephants. The hub sets a 27300 km journey in an hour, so it only takes 95 minutes to complete its surroundings.

What has Hubble seen?

NASA says that Hubble has seen stars and ends, and they also have seen galaxies that have many free miles away from it. With the help of Hubble, the moon of Glutto was seen that had not been discovered earlier, the Hubble also saw the Black Hole. In spite of this space telescope, scientists could study well-being of space, planets and galaxies. Due to these pictures, scientists believe that universe is 14 billion years old.According to NASA, Hubble has done 13 million observations since now since 1990, and experts from astronomers have written more than 15,000 scientific articles, referring to more than seven million 38 thousand times in other articles. So it is the most compatible scientific device.

What is the future of the hubble?

According to NASA, in 2009, when it was erected on the Sabbathaz hubble for the fifth time, it was repaired, with new parts, cameras and telecom scopes installed. Even in 2018, Telescope’s ‘Estrascope’ was damaged, which was measured by the spacecraft’s rapid growth and with which it turned its way toward a new target. Later NASA corrected it from the ground. By the time of 2021, the place of hubble will be sent to a new telecom scoop ‘James WebSpace Telecom’ space.
This telescope will not rotate around our world like a hubble, but it will rotate around 1.5 million kilometers away from the sun. It will be bigger than the hubble and can see it far more. The most interesting thing about this new telescope is that after going into space, it will try to find stars that first appeared in the universe.