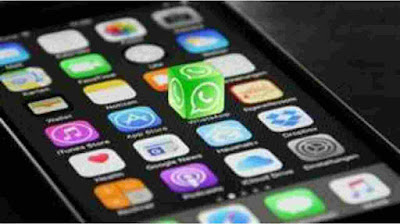 Whatsapp Feature Update: Whatsapp multimedia messaging platform is rolling out a new feature for its Android beta users. According to a new report, Whatsapp developers have rolled out the Fingerprint Lock feature in the latest beta version of the app. This feature was spotted 8 months ago. Now 8 months later, it has come to the beta testing version. This is one of the many features that developers are working on. Let me tell you, the company made this feature available for iOS beta users of Whatsapp 3 months ago.

WhatsApp fingerprint lock feature details: During its development, the fingerprint lock feature was given many names. As previously reported, this feature was previously called Authentication. After this it got the name of screen lock. Whatsapp wanted to ensure that it was given a name that would define its feature perfectly. As per WaBetaInfo’s report, this feature is now available in Android beta users’ app version 2.19.221. If you are a Whatsapp beta user, you can check by going to App Info. If your Whatsapp version is not 2.19.221, then check for updates on the Play Store. If you do not get this feature even after the correct version, then reinstall the app. Be sure to backup the chat before reinstalling the app. Now when you have the correct version, you will find this new feature in the privacy section inside the account under Whatsapp settings.

After enabling the Whatsapp Fingerprint Lock feature, you will be asked to authenticate the fingerprint. It has been confirmed in the report that users will be able to receive replies and calls from notifications despite the lock. This is because this feature is for locking the app. This feature comes with 3 options to lock the app automatically. The first option – immediately, the second – is after 1 minute and the third – after 30 minutes. It has also been confirmed in the report that Whatsapp will not have access to your fingerprint data for authentication.
Also read…